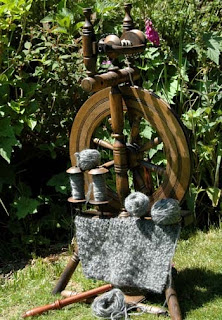 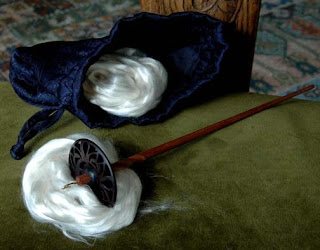 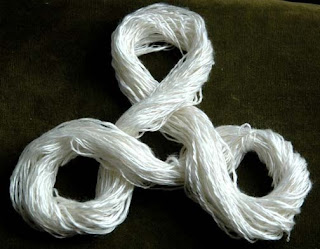 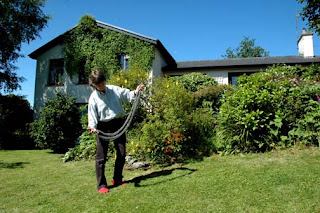 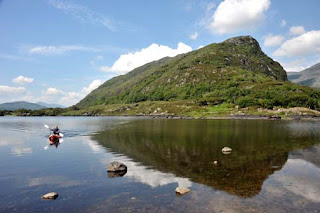 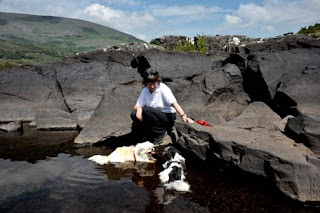 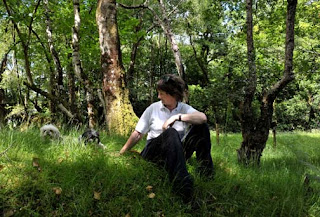 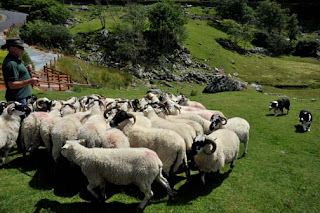 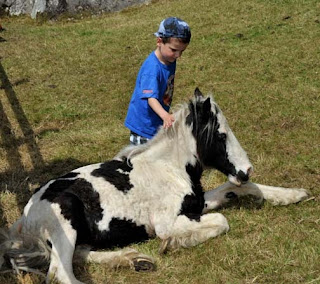 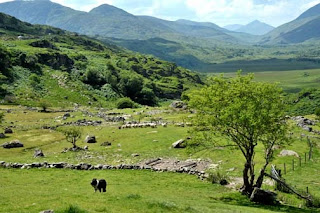 Posted by Jo at Celtic Memory Yarns at 10:44 pm

I wish I was there, looks like you have a lot of fun. Is one of those your adopted sheep? Love the pony's name :)

So pretty wish I was there. Someday, maybe :)

Love the pony and its name. Always loved Pintos :)

So are one of those your adopted sheep?

I love your posts Jo. Thank you. Ironically, we've been getting rain here in the mountain deserts of northern Utah. Hard to imagine a hot, dry Ireland.

I, too, "Can't feel comfortable with pitiless clear blue skies day after day." So you have my complete sympathy. My daughter thinks it may be my Irish blood - what little there iis of it by my generation, and I'd like to think she's right.

Someday I hope to visit "the old country" and I love your blog as a reminder until then.

We've been visiting family in Texas today, where it hit 108, as you anticipated. Wish I were with you!

What is this term, air conditioning? ;)
By gollies, I bought more than a pound of Gotland years ago with the same reasoning. It hasn't yet been taken out of the packets other than to be stroked and admired. The Mithril Vest is a beauty! Looking forward to seeing yours. Well done with the silk! It does take a gentle hand, and non-humid weather!

Loved seeing your house! I believe this is the first time in umpteen years that you've included a photo of it.

Such a breathtaking beautiful land you live in.

Those were fun outings and it is very nice to see your TDF spinning and project! I am tempted and intrigued by the Gotland and am truly looking forward to seeing your completed Mithril Vest. That combination is making my Hobbity heart sing.
Are you plotting to dye your spun-silk? ;-)
Thank you again for the outings to Eagle Rock and the Kissane Sheep Farm!

So much beauty so very close at hand for you. Lucky lass! Sweet little Tamzin seems to be relaxing into her new, safe life.

The world is really topsy, turvy. Here in my part of good old Texas, we've had a steady light rain for 36 hours straight with no signs of letting up, perhaps for another couple of days. Temp for the day 72F (note last week's 108 mentioned by above poster). We won't get back up to 90F until the end of the week, and I don't even see 100F temps predicted for the next 10 days. What's going on? It's July you confused weather gods. Did I mention I'm enjoying it?

Spinning silk - over 20 years ago now I went on a silk spinning workshop at my local Weaver's Guild. I didn't have a wheel, the tutor recommended spinning like you'd spin cotton. Basically it was spin your spindle on the floor a bit like a spinning top, and then draw from the top of the spindle. (doing it in a bowl helps) I'm not sure if this makes any sense to you? Somewhere in the chaos of our old home I may have notes - can't even remember if I made any now it's so long ago!